Our Blog contains articles, posts and other materials that have made its way to clients and the public Understanding the income tax required for small businesses in Australia will support the organisation and flow of your business activities. Start getting organised for the busy fourth quarter by planning now for lodgment and payment deadlines. With the release of the Federal Budget last night, it's been reported Australians will see a clearer way forward to navigate through the coming financial year. 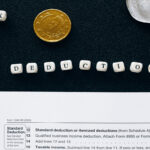 It pays to be aware of all liabilities and any expenses you can file a claim for. Super is a long-term investment that grows over time. A unique identifier that will stay with a director for life, offering greater security For employers - Due dates for the current financial year. How to Prepare Taxes for a Small Business

Small businesses play a huge role in the economy of Australia. According to the ATO ‘they make up more than 99% of all Australian businesses, contribute more than $413 billion to the economy and employ more than 5.5 million people’. Payments between $2000 - $8400 to eligible businesses based on payroll size opens in November. For those of you who have employees, here's a friendly reminder of the key dates to submit your certified rateable remuneration to your WorkSafe agent. For workers, or sole traders who are unable to work due to a COVID-19 public health order.

The 4 Types of Business Structures

When laying the foundations for a profitable business, deciding on the optimal business structure is crucial to your success. Providing $20,000 grants for eligible small and medium businesses that have experienced a reduction in turnover of at least 70%. Super Guarantee Rate Increased from 9.5% to 10% The Victorian Government recently announced the $250 million Circuit Breaker Business Support Package to assist small to medium businesses and sole traders that are unable to operate due to the recent lockdown. A flood disaster recovery grant of up to $50,000 is now available for eligible small businesses or not-for-profit organisations that have been directly impacted by the NSW Storms and Floods from 19 February 2021 onwards (AGRN 954) or from 10 March 2021 onwards (AGRN 960). Wage subsidies of up to $20,000 per employee for eligible employers who hire eligible jobseekers. Contact tracing has now become part of our normal lives to help contact tracers in the event a positive case of coronavirus (COVID-19) is identified. When the Victorian Government announced the five-day Circuit Breaker Action on Friday 12 February, many businesses were thrown into limbo with a previously anticipated eventful weekend. Scams on the rise

The past year has seen an increase in scams, especially during the pandemic.

Factor1 Blog Our Blog contains articles, posts and other materials that have made its way to clients and the public TAX RATE GUIDE FOR SMALL Does your business have employees and you need help implementing the mandatory Single Touch Payroll? Let Factor1 help you with the reporting so you can focus on your bottom line.
#SingleTouch #Factor1 Remuneration includes wages, salaries, superannuation and other benefits you pay to your workers before tax. WorkSafe uses this remuneration amount to calculate your insurance premium.

If you don’t provide your certified remuneration by the due date that applies to you, WorkSafe will estimate your remuneration as 20% more than it was the previous year. The Australian Tax Office has significantly increased their audit compliance with Superannuation Payments, and the introduction of Single Touch Payroll has further facilitated this. Employee Superannuation must be paid and received by their super fund within 28th day after the end of a Quarter. Failure to pay on time will be costly in many ways.

• Allow for processing time. You should pay at least one week before the due date, ideally 15 days after the end of a Quarter. Put this reoccurring task into your calendar so you won’t forget.

• There have been cases where employers receive warning from the ATO for being just 2 days late.

• If you don’t pay on time, you are liable for the Superannuation Guarantee Charge (SGC), even if you make the payment later. This means lodging tedious form to ATO, which will include:
– Super shortfall amounts that are calculated on the full
salary and wage amount which includes overtime,
allowances, etc.
– Interest charge for the late period (currently 10%)
– Administration fee of $20 per employee per quarter


• Furthermore, the ATO has the ability to disallow late payments and impose further penalties, which would result in paying your employees superannuation twice for the same quarter.

• The ATO have investigated in excess of 22,000 employers for late paid superannuation in the first 3 quarters of the 2019 financial year. Xero has announced Factor1 as a Cloud Champion of the Year finalist.

There are several thousand Xero partner accounting firms throughout Australia. We are proud to be one of three finalists.

Thank you to our team and valued clients for their ongoing support. We are continuing to invest in new technology and new practices to deliver a superior client experience. Factor1 is hosting a gift collection for Australian Children living in disadvantage. If you’d like to help, drop your unwrapped present to us and we’ll match all donations received. Let’s make this Christmas a special one for the kids!

*Donations must be received by Wednesday the 11th of December. Factor1 will match donations to a maximum total value of $1,000. Thank you for your donations! Your generosity will make this Christmas a very special one for Australian Children living in disadvantage. Now Santa is on his way to make the deliveries! Merry Christmas! From all of us at Factor1, Merry Christmas and a Happy New Year! #Christmas2019 #SeasonsGreetings It’s a New Year for change!

If the answer is “No”, then come over to Factor1. We are a Xero 2019 Cloud Champion of the Year finalist.

By using the latest technology, accountants can provide a substantially improved experience and drive efficiency. If your accountant has not adapted to change, then they may be out of touch & slow or charging too much for old work practices. Terrific our trophy has arrived from the most recent Xero Awards – Cloud Champion of the Year Finalist.

We trust both you and your families are taking the necessary care during these unprecedented times. In response to the current situation and the Authority’s advice, please be informed that as of Monday the 23rd of March, Factor1 has changed it’s working arrangements, and all personnel will be working remotely until further notice. Therefore, the office will also be closed for visits during this time.

With this new arrangement, you may experience some processing delays and also delays from the Australian Tax Office (ATO) are highly probable too. We apologise for any inconveniences caused.

To date, the ATO has not announced any official lodgement extension; however, penalties and interest remissions are very likely.

We believe that with everyone’s assistance to minimise the spread of COVID-19, we will see the light at the end of the tunnel soon. Stay safe.

Our accounting firm has an enormous responsibility to support our clients in a time of need.

Over the last week, we have been keeping our clients updated regarding the many Government Stimulus Packages and other applicable grants.

We have been working around the clock to help clients understand the announcements in the context of their own circumstances.

We anticipate further assistance will be required. We will ensure that we get back to every query to help achieve the best possible outcomes for our clients.

We appreciate your understanding that we need to recover costs and ensure the viability of the assistance provided. Therefore we have launched the following service, which will be chargeable based on our current hourly rates:

This service is not included within the scope of any current agreements in place with our firm and will be invoiced as a separate item when applicable.

We thank you for your continued support, and together we will get through this difficult time.